An Open Letter to Professional Actors/Actresses From An Unknown #Screenwriter 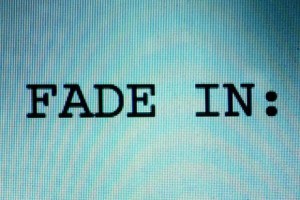 Hey y’all. I have what may be sort of a strange request. But first, I want to say something that you may or may not hear very often.

First off, I am a screenwriter. I do not yet have any professional experience, but that may change soon. Hopefully it will.

I will say that I am very proud at the fact that I have largely taught myself how to write scripts. That in no way means I am perfect in my work; absolutely not. But I’ve worked very hard over the last few years to learn just what I need to do in order to write what I feel are good scripts, or at least those with the potential to be great.

Having taught myself how to write scripts also does not mean I have not learned from other people. Goodness, I can’t even begin to pinpoint all the other folks I have learned something from in the area of scriptwriting and if I start to name them now, I know for certain I’ll leave others out. That’s how many have helped me in some way. It could be the biggest thing, such as a book they’ve written, or even the smallest thing, such as an inspirational tweet or a meme posted on Facebook. I appreciate receiving all that has helped me in this time.

However, there is one aspect that I would really love to know about that I’m afraid I may never get to fully understand, at least as long as I’m inexperienced, and that is this…

…just what do you look for when you pick up a script? What do you like or dislike about them?

I understand very much that this is likely not going to reach the eyes of any professional actor or actress and even if it does, I can imagine it still may not be enough to get a response. I also understand that you all are extremely and insanely busy, so it’s not something I should take personally that you don’t respond. I’m really not. I know there may be other reasons as well and I get those also; I really do.

I know that there are several degrees of separation between you as actors and us as writers, so while I’m sure many of you do care about what happens in the writer’s lane, for others, there just may not be the time to do so as much as you would like.

I’ve read articles here and there to explain bits and pieces of what an actor or actress here and there may look for in a script, but my biggest wish right now is to just know, directly, some of your thoughts, and not from the perspective of “actors/actresses in general” or something like that. To me, that verges on stereotyping; i.e., putting several of you in the same category. I’d prefer not to do that.

There are a few professional actors and actresses I have in mind as far as wanting to really know from you as to what you feel about a script when you pick it up, even before you begin reading it. If you’ve made it to the point that you want to pick it up, then that’s already a step in the right direction. So once you’ve made it that far, what goes through your head before reading it? What would you like to see? What do you hope not to see?

Even during or after reading the scripts you have in the past, what did you generally like about them? What did you dislike? Have there been any scripts that you would love to see that haven’t met your eyes yet?

Some people have said to me, “Robert…don’t write your scripts strictly based on the actor or actress. You have to let your creativity flow.” I absolutely agree with that. That’s how I as a writer can do my best work. However, in knowing, or at least hoping that my work will eventually reach your hands and eyes (as is the wish of ALL screenwriters, right?), I know that there has to be a level of respect that goes toward how you all feel as well and what your thoughts are as far as scripts are concerned. My creativity won’t be ruined by finding this out. I do understand that many of you are attracted to certain characters who are created in scripts. Then there are also certain aspects of even these unwritten characters that could grab your attention or may completely turn you off.

There is one particular actress I would love to meet soon and if I am ever fortunate enough to do so, this is most certainly something I will ask her. Even in trying to maintain my own creativity, I understand that there will be times that I can sort of “steer” my writing in the direction that may impress any of you without my creativity suffering in the process.

This may sound a bit selfish that I am asking for specific actors or actresses your thoughts about scripts. I must be crazy to think something like this is a good idea. But I’m going to ask anyway, and I hope you truly understand why.

As an aspiring screenwriter, a writer who is obviously on the outside looking in, I know that I need to educate myself in as many ways as possible in order to be successful at this. Even having largely taught myself how much of this is done, I most certainly cannot rely on that or think in any way that that is enough. I’m doing some kind of writing research every single day and I sometimes feel that even that is not enough. So I know that I have to be willing to do what’s easy in order to learn, but to also do what’s a little difficult.

I have a sad feeling that some of you just may not be that interested in talking to an inexperienced writer about anything related to scripts, no matter how you feel about this letter. After all, how many writers have approached you over the years and have asked you to read a script from them? How many of them were good? How many of them made you want to scratch your eyes out? You don’t have the time to entertain that every single time someone does it, so you have to filter them out until eventually, very few can reach you. I do understand that it has to be that way. In fact, I’m not even asking at the moment that any of you read a script from me.

I’m simply asking for what you feel about them when you read them. If you could let an aspiring screenwriter know something that could help him or her about writing a script, even one they may love to write for you one day, what would you say?

I also understand that there are other people within the process that I should be concerned with as well. I am. But I know that you are the ones who will stand in front of a camera and bring my words to life. I can’t even wrap my mind around or come close to imagining how that would feel the first time that happens. You are going to speak the words I’ve written. So I feel that not only do I have to ask for a few of your thoughts, but I absolutely owe it to you to know and to incorporate some of your thoughts into my work.

Again, I do understand what I’m asking here and I’m sure that for the most part, it may not be entertained. But in case lightning strikes and there are any of you out there who would really like to share your thoughts about the scripts you read or haven’t yet read with an aspiring screenwriter…

…this guy right here is listening. I would really love to know.

Thanks so much for reading.