#DreamBig: Why Saying “It Will Never Happen” Could Be A GOOD Thing 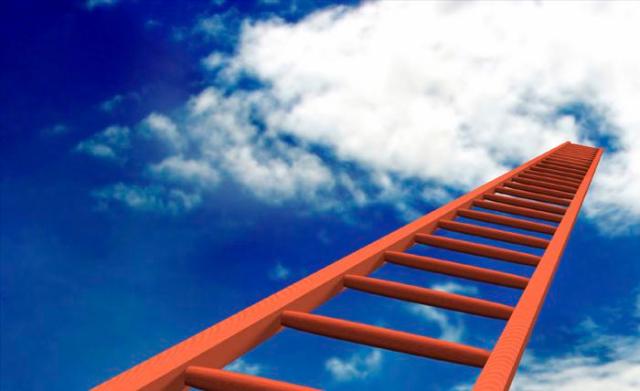 There is the saying, “If your dreams don’t scare you, then they aren’t big enough.” I’ve always loved that expression. As far as “dreams” go in terms of what we strive for that we feel is impossible, without researching it, I believe it may have stemmed from the first time a person said that they wanted something outrageous and it was met with the response, “In your dreams!” I think it’s largely because our dreams are a “place” so far away from us that it’s obviously impossible to reach out and touch. And many times when we wake up, the dream is no longer in existence.

So, as I am an aspiring screenwriter, if I were to say something ridiculous, like, “I would love to write for actress Connie Britton one day,” it wouldn’t be a shock if that were met with “In your dreams!” Yes, I do “dream” of meeting her and being able to do this one day in the future. I admire and respect her very much and love the show she is currently on (Formerly ABC’s, now CMT’s Nashville). She is a wonderful actress.

Needless to say, I have told myself many times that this will never happen. I just feel like there is too much distance between us and too impenetrable of a “wall” that exists that would make this feasible. I don’t think the quality of my writing would matter much. As an aspiring writer, this is a field already difficult enough to get into. And here I go, having chosen a specific woman to try and reach with my work.

However, I think that to say “It will never happen” could be a GOOD thing. Here’s why.

For those of you who have ever “dreamed” of something, whether it is to lose weight by a certain time, to earn that dream job, or to have been able to meet that professional actor or actress you greatly admire, surely at some point, you told yourself that it would never happen. As a sports fan, I’m almost positive that professional athletes have said this a time or two to themselves as they worked toward make their dreams happen also.

Now think about how amazing it was and still is for those pro athletes to have achieved their dreams. If you’ve been able to do so yourselves, how did that feel once you made that dream of yours happen?

On another hand, I’m talking about that tireless grind to get there. That period in which you’re putting in all kinds of effort and hard work, but haven’t quite seen the results you’re looking for just yet. It is those times when you say “It will never happen” from time to time.

I feel this is good because I honestly believe that anyone who has ever accomplished a dream of theirs has either said this to themselves, or upon telling someone else of his or her dream, it was met with some variation of “In your dreams.”

Like for me in wanting to meet and write for Connie Britton. She is NOT some washed-up actress who has been out of work for ten years. She is currently a co-executive producer, one of the lead characters of her show and has been an actress for more than twenty years. So this isn’t someone I can walk down the street and talk to anytime I choose. Honestly, I would be too shy to do that anyway, but this is the reason for that “wall” I mentioned above. I don’t have to tell anyone that considering the position she’s in, being able to get her to talk to me at all, let alone about writing, would be nearly impossible.

But to be able to talk to my favorite actress and it be about screenwriting. Truthfully, I can’t even wrap my mind around that. I tell myself at least twenty five times a day that I need to let this go. There’s no way it will ever happen.

However, I foolishly tell myself twenty-six times to hang in there just a little longer.

Anyway, my point of writing this is to simply encourage those of you with that seemingly impossible dream to not give up on it. Don’t be discouraged by the feeling that “it will never happen.” The bigger the dream, the more likely (and more often) you will say this.

Don’t get me wrong; it’s not a wonderful feeling for this to go through your mind. It’s not easy at all. It’s not as if I say “It will never happen” and then I do cartwheels down the street. I shake my head, bang it against the wall a few times, call myself an “idiot” and throw my laptop across the room in frustration (mainly at myself) because I feel that I have to be out of my mind to be even attempting this.

(Okay, so I’ve never actually thrown my laptop across the room. I slam it shut. Kind of. And I make mean faces at it. Same thing. I’ve even went crazy and stuck my tongue out at it. I’m a rebel, I tell you.)

But the bottom is that after all that, I eventually come back to why I wanted to be a writer in the first place. Because I am absolutely in love with it. Even if I never have the immense honor and pleasure to meet the beautiful Miss Britton herself, my love for writing will always be there. That is what I cannot let go of.

Remember what it was like when you first told yourself that you wanted to go after your dream. Think back to how wonderful you thought it would feel if and when you accomplished this. Obviously, as time goes on, other factors will come into the picture. For me of course, Connie eventually became someone I would love to meet and write for. By now, there are many others, but what has been there since the beginning is my love for writing. Whatever it is that you want to do, always remember how it started. Don’t let the factors shut it down. The factors came in later. Never allow them to dictate or to change your love for whatever dream you’re looking to go after. Chances are, it’s not your love for your dream that diminished. The factors involved began to affect them. Always keep that in mind.

It’s just like if you have a spouse who has a difficult parent or sibling. If you love your spouse enough, you wouldn’t let them affect that love, even though they may have a heavy influence in the relationship, depending upon how close they were before you came along. It’s like that as far as our dreams go.

If your dreams do not scare you, or you aren’t saying “It will never happen” AT LEAST several times a day, the bottom line is that that dream is simply not big enough.

1 Response to #DreamBig: Why Saying “It Will Never Happen” Could Be A GOOD Thing