#Screenwriting: Why I Prefer To Write Female Lead Characters 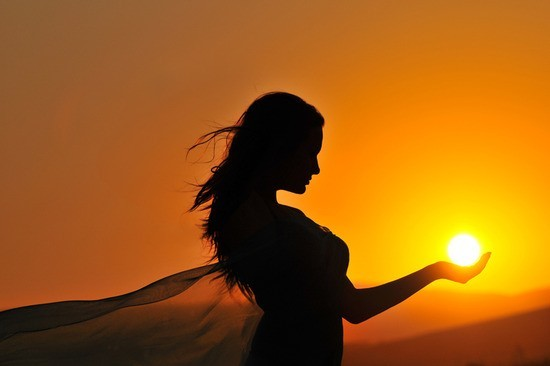 Many years ago, I took up writing as a teenager because I was very shy. I started with poetry, but as time went on, I eventually wrote books and as of the last few years, screenplays.

Much of what I wrote in the beginning was about me. It was obviously easier because of course, who better to talk about me THAN me? I spoke often about life from my own perspective. I didn’t often write from perspectives of others.

However, I eventually began wanting to write from other perspectives than my own.

This wasn’t easy to do at first. Again, I know myself better than I know anyone else, so you can see how it would be easy to become comfortable doing that all the time. Even when I tried to write from another perspective, early on, it always came back to me.

Now this doesn’t mean I’m full of myself by any means. It’s just that I wasn’t as skilled in writing to NOT do this and it honestly became frustrating. I particularly remember one assignment as a junior where my teacher said, “Now Robert, this is pretty good, but…this story was supposed to be about this other person. You mostly took over the story.” I wasn’t happy with this at all. I do take writing very seriously.

But to spare you from my life story, here is why I now prefer to write screenplays with female lead characters.

Even though I did not begin this way, I have really reached a point where I want many of my projects to be written from a different perspective than my own.

I also believe that my mother has a lot to do with this mindset. She was single and raised four of us. Even though we didn’t get along the best growing up, I’ve long ago became curious to know just how things were with her as I grew up. A lot of what she dealt with raising us and moving us out of Baltimore City and the county. Mainly how things were with her back then and even up to now.

Over time, I became more and more curious about women and wanted to incorporate that into my writing. One reason is because writing about myself became boring. Even though my writing ended up that way when I first began all this, it was still a drag to do, because I’m not big on talking about myself all the time, but it just became habit.

The second reason is because I knew that to really grow as a writer, I need to leave that comfort zone and write about the types of people who are NOT like me. I feel I’ve become pretty efficient with this, but it has really become a passion of mine.

I also believe that because of my mother, I’ve grown up and even to this day at age 37, I find myself admiring and looking up to women more than men. So I’m at a point where I really want to tell a woman’s stories, but not tell them from my perspective. I want to TELL THEM.

Obviously my perspective will always be there. But my point of saying that is, I want to work constantly to where I am telling the story of certain women without putting a “man’s spin” on it, if that makes sense. That may be difficult to achieve, but it’s something I work at every day.

Of course, once people know this, the opinions come out, many of which are pretty valid. One in particular is that people have told me that if I focus strictly on women as I write, that may “stunt” my creativity.

There is some truth to this, but it won’t become an issue for me. I can see why some would say this isn’t the best idea, because I’m sort of limiting myself to a degree. However, when I think of a project, I don’t “force” women in as lead characters. If my vision doesn’t call for one, she isn’t in there. However, many times, my passion and vision does call for it. I want to learn about women and how they experience life each day. And I mean to truly understand, not just load my screenplays with stereotypes.

Then there’s that. Some believe I shouldn’t do this because of the perceived male inclination to stereotype women. Another valid concern. We’ve all seen those movies and shows where stereotypes are shoved down our throats and it’s clear that those involved really had nothing more than those. It would be like if a white man wrote a script about black people and damn near every other line was slang or Ebonics. That would get old very quickly.

I usually get this resistance from women and I do understand why. But I’ve also received some great support and encouragement from women as well to continue writing these characters.

There are also many not so valid opinions. One in particular that I receive quite often is that some believe I admire women to this extent and want to write characters like this because I want to sleep with certain actresses. Apparently, it’s tough to believe that a straight man could admire and respect an actress without wanting sex. There have been times when I’m teased about “fantasizing” about this woman or that woman just because I may speak fondly of them. But it’s mainly from a writer’s standpoint. There are quite a few actresses I would love to work with and write for.

Those who are lovers of the different arts can understand this next part, which explains why. My love is in the art of screenwriting. Even if I wanted to, I could never bring myself to actually “fantasize” inappropriately about any actress I would like to work with. Sure, I could as far as imagining writing for or with them, but that’s about it. Those who aren’t into different arts don’t get that part without feeling that I’m either lying or gay. Especially if the actress is attractive.

There is actually one particular actress who shall remain nameless at this point just out of my respect for her, but I was pleasantly surprised a while ago when I asked if I could send my latest project to her and she said yes. She provided me with her assistant’s e-mail address and I’ve honestly been floating ever since.

This actress is a beautiful person. I’m not dancing around that. She is gorgeous. And she was on a very popular show some time ago. Which is why I’ve been teased by the very few people I’ve mentioned this to. Again, it’s apparently tough to believe that a straight man could have this kind of respect an admiration for an attractive actress and it not be anything inappropriate.

Just think about how certain actors can do love scenes with each other and not think anything of it afterward. It’s like a painter or art student who can work on a nude model without giggling every five minutes. It’s the love of the art. That’s always what takes over. I would absolutely love working with this actress or even writing for her one day. I’m extremely nervous about what she thinks of my script. But my love for writing is what drives all this.

As I said above, I NEVER want to sell a woman short in any of my work. I don’t want to stereotype or minimize any situation a woman has to deal with as I write.

I will NEVER fully understand what a woman goes through each day. No matter how much talent I have or how skilled I become, there will never be a time where I can say, “I get it.” Because I never will. I can write about women and their struggles all day, but my involvement is “over” once I’m done writing, in a manner of speaking.

But a woman has to live obviously AS a woman 24 hours a day, unlike me. I feel that the absolute least I can do is to give due diligence when I write about them. I have an intense passion and desire to tell a woman’s story, but I also want to make sure I do so in the best and fairest way possible.

As a man, this will be a challenge. Which is why it’s something I always want to do. I only hope that the important women in my life, whether it is my mother, my sisters, my wife, our daughter, or even this actress I’m speaking of above, feel I have done a good job as well.

Because once again…I don’t want to tell a woman’s story from my perspective. There are a LOT of women’s stories that deserve to be told.

We as men can tell our fellow men’s stories relatively easily. But women deserve to have their stories told as well.

And I, for one, want to be part of the solution of helping them to be told in the best and most respectful way possible.