#DividedWeFall: How Some Blacks AND Whites Contribute 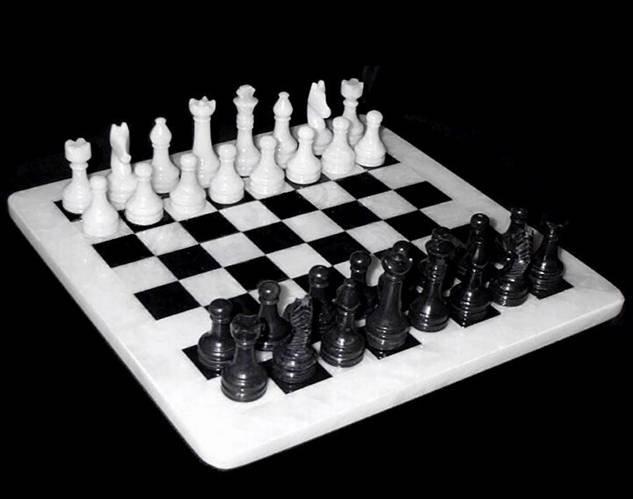 When I look at where we are now as a country, it deeply saddens me. If you think that as a black man, I’m saddened because of white people only, you’re wrong.

And if you’re someone who thinks I’m saddened because of black people only, you’re wrong there, too.

I’m saddened by BOTH.

I’ll preface by saying that here in the United States, obviously there are more races than just black and white.  This is in no way to discount others.  But predominantly black and white is what I’m referring to.

People spend so much time pointing fingers.  I swear, some people just wake up in the morning, press the alarm button with one finger and keep that finger pointed for the entire day.

I am a 37-year-old black man who has very often experienced racism and still do to this day. Especially with having been married to a woman who happens to be white for the past 17 years.  And this is coming from BOTH sides.

She and I were talking this morning and this is what I said to her: “You and I have been together for this long.  We have two bi-racial children.  As much as this shows that people of different races can get together and a lot of beautiful can come from it, the sad thing is that there are way too many people out there who will have a problem with this.

“Is it because you treat me like shit? No. Is it because I treat you like shit? No. The problem many people will look at us and have is the simple fact that we are different races.  That’s it.  How you and I treat each other will have little to nothing to do with some people and their initial thoughts about us.  And that’s a shame.”

My wife added that on top of this, people will still stereotype each of us as a white woman and black man.  She would be looked at as the “weak” one who would just put up with anything and everything I do, while I’m the abusive person who is likely to walk out on her and our children, and treat her like garbage.  Again, if people didn’t know us, this is what many would think.

I can look at the police killings of blacks and the protests and riots that often follow.  This isn’t about who is guilty or not.  Yes, I can address that, but I’m writing this to talk more about the aftermath and reactions from those nowhere near the situation(s) in question.

THAT’S the part most bothersome to me.

Sports fans, obviously we all know that fights happen during games. There is the expression that “they always catch the second person.” What that means is that often, the first person will sneak in a hit, a push or shove. The second person will often react in a much more extreme manner and THAT’S what the referee most often notices. That doesn’t mean the first person did nothing wrong and that they are in no way responsible. But often, the response to it did little to diffuse the situation.

Or think about if a little kid walked up to me and kicked me in the shin.  Wrong, yes.  But would it be appropriate for me to grab the kid by the throat and heave him out into traffic?  A little extreme, right? Just a tad.

That may not be the perfect analogy, but to me, it works here, because often, if there were mature adults who responded appropriately on both sides, things wouldn’t get out of hand as they are right now.  This is exactly the reason I feel that there is so much division in this country and no, it’s not ALL on white people OR black people.

What do I consider an “appropriate” response?

For starters, STOP ALLOWING THE MEDIA TO DICTATE YOUR THOUGHTS.  It’s a shame many haven’t figured this out yet.  The first time I noticed it was when Trayvon Martin was killed and it was said that “a black teenager was shot and killed.”  My first thought was, since when does the news mention someone’s race?  Obviously once we see his picture, we’ll know he’s black.  If same race-on-same race crime happens, race isn’t mentioned.  But now, they feed off the emotions and stereotypes.  They want to see people fighting with each other.  Some of these headlines tell me that they don’t even TRY to be discreet about it anymore.  It’s like they’re just straight up throwing raw steak into a pit and saying, “GO!”  They’re exploiting those who they know are most willing jump onto one side of the bandwagon or another.  They know the power they have and they know how slick they can be about it.

As an Army journalist myself, I’m well-aware of all this.

However, mainly the response that saddens me and what leads me to my “Divided We Fall” title is how some black people respond to white people and vice versa.

Don’t get me wrong; there are quite a bit of people out there who TRULY want this to end.  They are very unbiased and fair in their responses.  They don’t rush to judgment in the early stages once the news of any incident has broken. They don’t pretend to want to “wait for all the facts to come out.” They ACTUALLY do.  Those are folks I greatly appreciate in all this.

There are bad apples in every group.  I don’t know of many groups who are immune to this or have nothing but perfect individuals as members.  There are always those who give the rest of the group a bad name, which unfortunately, also leads to many people judging that ENTIRE group off those bad apples.

Just speaking for myself, I’ve had people assume that I’m a deadbeat father, that I don’t pay child support, that I live in the ghetto and on welfare, and that I’m a criminal, yet there is NOTHING they have to go on.

Actually, yes, they do have something. Three guesses as to what it is.

Even if people are saying this just to be trolling (online) me, the fact that it still exists in their minds speaks volumes and it certainly does NOT make matters any better.

Much of the country is on edge because of police shootings and the black men and women who are shot.  Of course, this isn’t the only reason, but what I’ll stick with for now.

Some black people feel that whites are against us.  That’s really all there is to it and events like this just confirm it for them.  Then there are some white folks out there who feel that pretty much ANY time an incident like this happens, it is most certainly the black man or woman’s fault with little evidence needed.

The bias on each side, as sad as it is, isn’t what bothers me so much.  It is how quiet these same people are in support of the other side when it is needed, especially by those who really are not at all near any of this.

That may sound a bit confusing, but let me explain.  There have been instances where police officers have been targeted in retaliation to some of these incidents.  Sadly, many have been shot and/or killed.  Now, a FEW black people have spoken up against this, but not nearly as many.  To me, that is the WRONG answer.  There is no way we can honestly feel that is a viable solution to what’s been happening.

Same thing for some white people.  There are really people out there who just CANNOT fix their mouths to say that racism exists.  Folks will go ALL AROUND saying it, but it will never come out.  I would hate to believe that people out there believe racism does NOT exist, but it’s almost like they’re afraid to say it.  My guess is that they feel their stance as far as some black people are concerned would be questioned if they were to acknowledge it.  But here’s the thing; you can have issues with what certain black people do without ignoring racism or pretending it doesn’t exist.

This also does NOT mean these white people are racist.  To not acknowledge racism does not alone mean a person is racist.  But I’ll tell you this…it doesn’t look good.  That would be like if a woman was sexually assaulted in some way and I go all around saying that the man was wrong for it.  Does that make me a sexist?  Not necessarily.  But the woman would NOT be out of line to wonder this about me.

Also, a lot of “get over it” responses from members of the white population.  Now I have never been one to blame everything on racism and I don’t care for when other black folks do this.  I also can’t stand when slavery is brought up.  However, let’s be adults and mature about this.  Let’s not play stupid.

As much as no one alive has experienced slavery, nor has anyone been slave masters, how can a person  with any level of intelligence truly believe that to tell someone to “get over” something means it will automatically happen?  How many times has a black person been told to “get over slavery” and the response was, “Oh, okay. Sure thing”? I doubt it has ever happened.  No matter how much a person feels he or she is right in saying to “get over it,” you have to be smarter than the aver-age bear on this.

Just think about anything you’ve ever been upset about.  Doesn’t matter what it is or how right or wrong you turned out to be.  At the height of your anger or disappointment, if someone came to you and said “Ah…get over it,” would you just do so?  Of course not.  It’s dismissive to tell people this, however right you may be.  THAT’S the part I wish people understood.  I am personally NOT saying you are wrong to say this.  But what reaction are you seriously expecting?  Total compliance?  Let’s be real.  If you know it would NOT happen with you, why are you expecting it from someone else?

Again, it saddens me that our country is where it is right now.  I love that many people are standing up and fighting for all the right reasons.  However, with others, it’s all about fighting each other and in the worst way possible, just based off inaccurate and misguided, biased stereotypes.  None of that helps.  There is not even a sense of an ATTEMPT to understand where the other side is coming from.

And please…do NOT respond to this only acknowledging one side.  Don’t come on here to say, “That’s right…black people need to stop blaming whites for everything and stop being criminals,” OR “White people are all racist.” If you’re focusing on JUST one or the other, you’ve missed my ENTIRE point.

No one is saying this, but the attitude is there.  A person I’m referring to who’s contributing to this and right away, the response is, “Yeah, well THEY are doing…” this, that and the other.  Yeah, I stole something, but so did such-and-such. Okay…what does what someone else does have to do with what you do as a grown adult?  You don’t need to wait for the other side to do the right thing before you do.  And that’s the problem…too many are just “waiting” for that.